So in October, just before my anniversary, I had a little relationship bump. My amazing but at times irritating boyfriend seemed as all men do distant. Now I admit at times I am not the best person, I may not always know or want to talk but I do want action!

He did his best though with his limited funds and who knew my initial reserve would be so wrong.. so, so wrong!

I apologise wholeheartedly to the universe for thinking that The Jersey Boys would be a waste of my evening.

From the Ray Liotta accents, the teddy boy looks and the unusual singing arrangements and number.. the Jersey Boys Production has the edge of London Musical Theatre.

If you’re ever stuck in London and want to see a musical, but not a long-winded one full of unnecessary segues into songs – much like a b-class Bollywood movie, then Jersey Boys is for you! The songs and dance routines flow so easily, making the theatre feel more like an intimate club. The use of screens, animation and edited footage also helped to keep the show modernised despite it’s vintage aesthetic.

A view from the stairwell

..a architectural and design homage to art deco.. 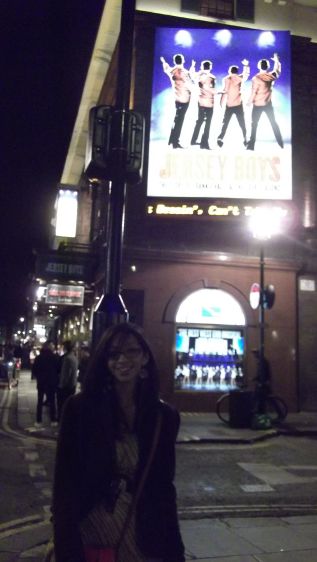 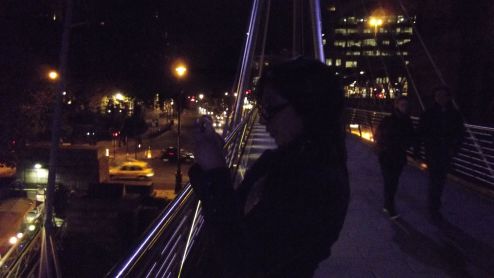 Walking down to Embankment via Trafalgar

Enjoying the sights of London

Kissing the Love of my Life

His camera (HTC phone) was much better than mine..

The Eye.. and me so brown I’m lost in the dark 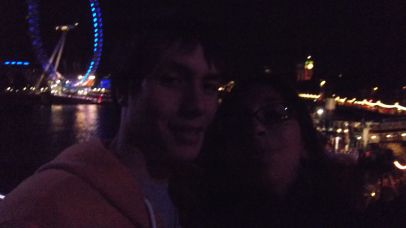